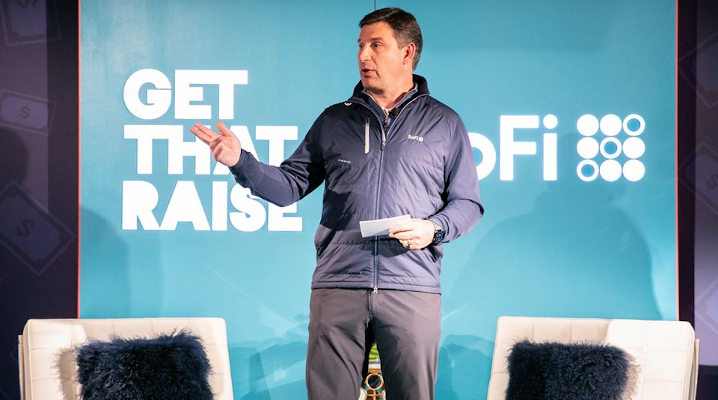 Fintech giant SoFi to go public via SPAC merger at $8.65B valuation

SoFi, the operator of one of the most popular consuming banking apps, today announced plans to hit the stock market via a SPAC merger at an $8.65 billion valuation.

A SPAC merger is a type of deal wherein a firm teams up an investor or group of investors to help it go public. The investors create a so-called special-purpose acquisition company and list its shares on a stock exchange via an initial public offering. Then the firm looking to go public merges with the SPAC, which is faster than a traditional IPO and can have certain other benefits.

SoFi, officially Social Finance Inc., is heading to the stock market after nearly a decade as a private company. During that time, SoFi established itself as one of the biggest players in the financial technology or fintech market with a consumer banking app that provides access to services such as student loan refinancing and mortgages. The startup has more than 1.8 million members.

The SPAC with which SoFi plans to merge, Social Capital Hedosophia V, is backed by prominent venture capitalist and early Facebook Inc. executive Chamath Palihapitiya. SoFi is expecting gross proceeds of as much as $2.4 billion. Coatue Management, Altimeter Capital Management and other institutional investors are taking part in the fundraising.

The up to $2.4 billion SoFi is poised to raise comes on top of the more than $2 billion in venture funding that the company has picked up since its launch. The $8.65 billion post-money valuation it’s set to receive, in turn, would represent a sizable premium over its last reported private valuation of $5.7 billion.

“The new investments and our partnership with Social Capital Hedosophia signify the confidence in our strategy, the momentum in our business, as well as the significant growth opportunity ahead of us,” SoFi Chief Executive Officer Anthony Noto (pictured) said in a statement.

SoFi is seeing rapid revenue growth. The company estimates that it will close 2021 with net revenue of $1 billion, which would represent an approximately 60% increase over last year, and it expects to achieve profitability excluding interest, taxes, depreciation and amortization.

SoFi is expanding into more parts of the fintech market in a bid to maintain its sales momentum. Last year, the company inked a $1.2 billion deal to acquire Galileo, which provides cloud services that help financial firms with tasks such as managing members’ credit card numbers. The acquisition aims to expand SoFi’s business beyond consumer banking to supporting other fintech firms’ operations.