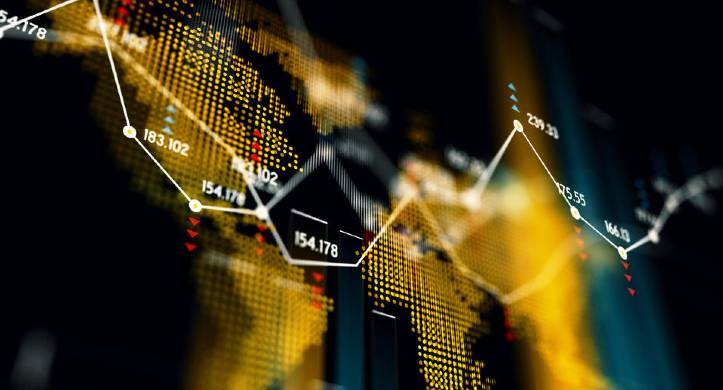 LatAm Emerging as a Global Leader in Fintech

The pandemic continues to present hurdles unlike any other event in history, full of unique and unprecedented challenges that turned our lives — and the innovation economy — upside down. However, it also served as a catalyst for many industries within the venture ecosystem — especially fintech — to be disrupted and create new opportunities.

Fintech has arguably been the hottest sector post-COVID. The financial services sector has been notoriously slow to evolve. Still, the pandemic forced incredible digital acceleration — becoming a tipping point for institutions, small to medium-sized businesses (SMB) and even the government, to embrace fintech and invest in infrastructure. Coupled with changing consumer behavior, this has led to a surge in financial literacy and adoption while increasing demand for products and services such as contactless payments, lending and cryptocurrency. Additionally, infrastructure fintech companies in areas such as Banking-as-a-Service (BaaS) and embedded finance have allowed fintech startups (and non-fintech startups) to introduce financial products to market quicker and cheaper. This exciting opportunity has further spurred enthusiasm and caused investors to pour money into the space — causing massive valuation step-ups and minting new unicorns in the process. This couldn’t be truer in regions such as Latin America (LatAm), which saw fintech investment accelerate in 2020 and is on pace to set a record in 2021. 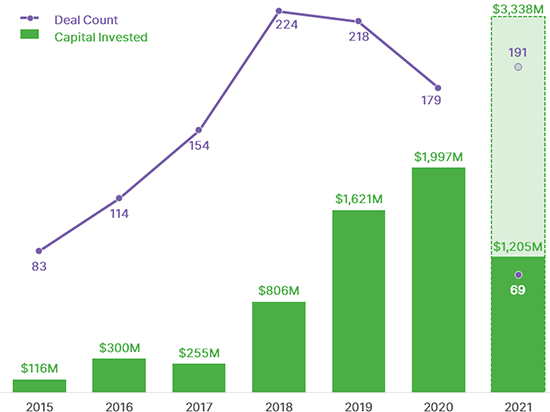 With its deep historical roots in the financial services and banking industry, Latin America serves as a perfect breeding ground for fintech startups with immense untapped opportunities. Latin America is a large economic region but has highly condensed, urban cities. Figures from The World Bank show that ~87% and ~80% of the population in Brazil and Mexico live in urban areas, respectively. Additionally, because Latin American banks typically only served more affluent individuals due to lack of competition and historically stringent credit requirements, a large portion of the overall population is still underbanked (ranging from 30%-50% across major countries). Even for those with credit cards or bank accounts with local banks, the user experience is generally poor as banks have failed to invest in technological infrastructure and improve the digital experience (see our earlier note that banks are slow to evolve!). Couple this with favorable population demographics (~40% of the population is under 25 years old in countries like Mexico and Brazil) and evolving consumer preferences (i.e. smartphone adoption, digital ease-of-use etc.) and fintech is primed for solving these chronic structural problems and is set for exponential growth over the coming years.

Fintech Unicorns as a Percent of Global Unicorns 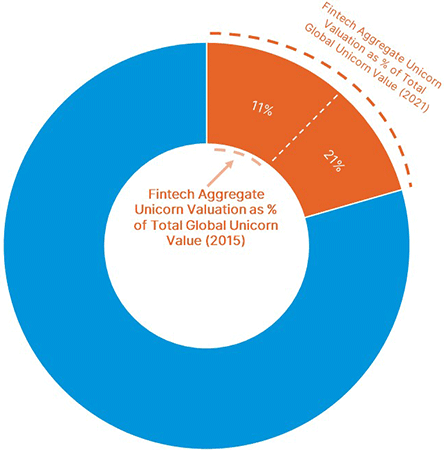 As previously mentioned, two regions set to capitalize on this opportunity are Mexico and Brazil. Brazil has long been the financial and technological innovation epicenter for Latin America. Of the ten largest banks in Latin America, Brazilian banks hold the top five spots. Brazil also takes the lion’s share of venture investment in fintech in LatAm (~40% of VC deals and ~70% of VC dollars in 2020 based on PitchBook data), largely because the government has established incentives for venture capital, such as highly favorable tax laws for capital gains. Brazil is also home to 12 unicorns (the most of any Latin American country) and the largest neobank in the world with Nubank ($25B valuation). Yet, while Brazil may grab most of the headlines, increasingly positive trends are also developing in Mexico. Investors are starting to notice pattern recognition in the country — with most comparing Mexico to what Brazil was three to five years ago. Mexico benefits from similar trends as Brazil and broader Latin America in terms of an underbanked population, smartphone penetration, younger demographics, highly urbanized populations and recent regulatory overhaul (“Ley Fintech”). Mexico also has its unique benefits, such as its closer proximity to the United States and its capital pool. However, both regions benefit from 3 main factors beginning to align: capital, quality entrepreneurs and success stories.

Wherever there is an opportunity, capital will follow. Growth equity has started to consistently find its way into Mexico and Brazil — with major players such as Tiger Global Management, Coatue Management, SoftBank and General Atlantic participating in rounds. This has helped fill the gap that Latin American startups historically faced when raising post-Series B. Meanwhile, the talent pool is starting to increase, with more repeat founders and folks from top-tier investment banks, consulting firms and MBA programs leaning into startups. This, coupled with great local universities, has led to strong technical talent. Lastly, recent success stories such as Bitso and Nubank help demonstrate to investors that achieving growth and scale (and ultimately liquidity) is possible in Latin America (further building their confidence to continue to pour money into the region). 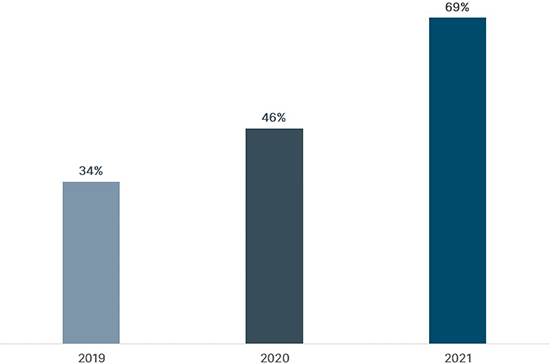 Challenges persist in the region (ones typical in emerging market economies), such as higher political, operational, logistical and security risks. But recent trends highlight the emergence of this sector within the Latin American ecosystem and its role in the broader innovation economy. With abundant capital, growing interest from international investors, proven scale with newly minted unicorns and recent successes, the future is bright for the Latin American venture ecosystem.

As the global leader in the innovation economy, we at SVB are excited to partner with entrepreneurs and investors in this up-and-coming ecosystem — taking our learnings and deep industry expertise from Silicon Valley and bringing it to Latin America. With this in mind, we recently launched our first $30M debt fund focused on lending to growth-stage technology companies in the region. While small, through close partnerships with IDB Invest and Partners for Growth, we can offer combined debt solutions between $1M and $20M. As the region continues to grow, we look forward to supporting the next generation of founders and venture capitalists as a business and financial partner.